It is worthy to note that Nigerians especially the youths do no joke with any celebrity which they support. They do not allow anyone to insult their favorite celebrities and keep quiet.

Burna Boy, one of Nigeria’s popular music artiste is currently on a hot seat after he insulted Davido’s soon to be released album “A better time”.

Remember that yesterday, Davido unveiled the cover art for his much anticipated album dubbed “A better time”. The cover art which has the photo of his son, Ifeanyi on it.

The award-winning artiste shared the 17-track album cover on social media and his fans are super excited about the soon-to-be released songs.

In same way, Burna Boy took to his Twitter account and wrote “Floppy music”. Davido’s fans in their own way, understood the write up to be an insult from Burna Boy as regards to Davido’s soon to be released album. 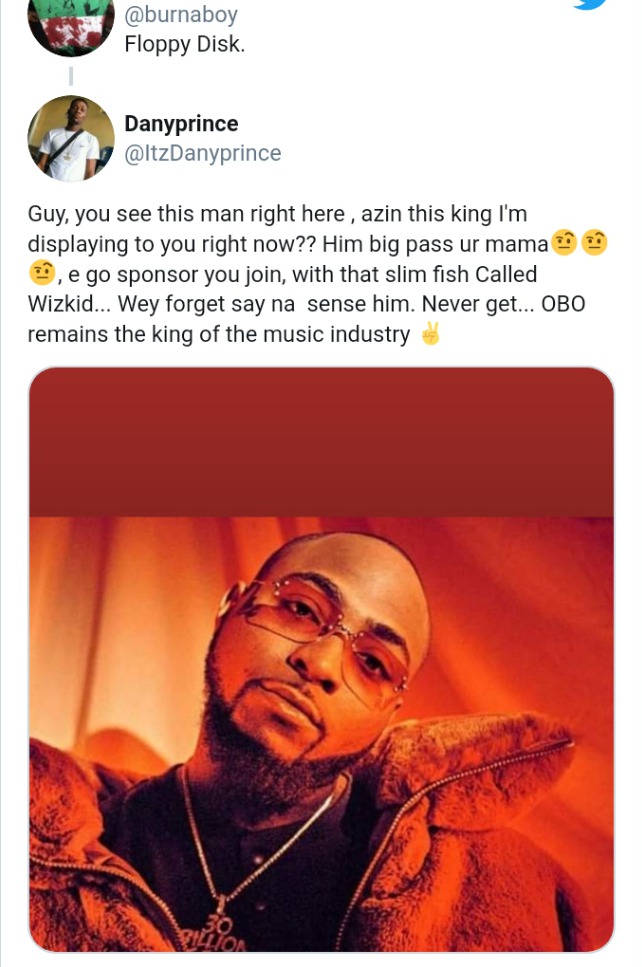 This triggered reactions online as Davido’s fans were seen under the post, dissing Burna Boy, telling him how his music has been wack and how Davido’s newly released song “Fem” is better than all the songs he has been releasing.